Service Letter Issued To Prevent Over Torquing of Battery Studs

Securaplane (Meggitt) has released Service Letter (SL), SL-9750W0370-24-13,1 which changes the cell block nut installation process to help prevent over torquing of the studs when installing the reblock kits in Securaplane batteries.

The heart of the revised procedure is to reduce the running torque, the torque needed to turn the Binx nut onto the stud until it contacts the washer on the cell to 15 in-lbs. If, during the installation, the running torque reaches 15 in-lbs., then the nut is to be removed, its threads cleaned, and reinstalled.

The final tightening torque remains the same as originally called for in the CMM (usually 32 or 35 in-lbs). The final torque becomes the sum of the running (twisting) torque, and tension torque as the nut tightens.

This SL procedure should eliminate any risk of a broken stud. 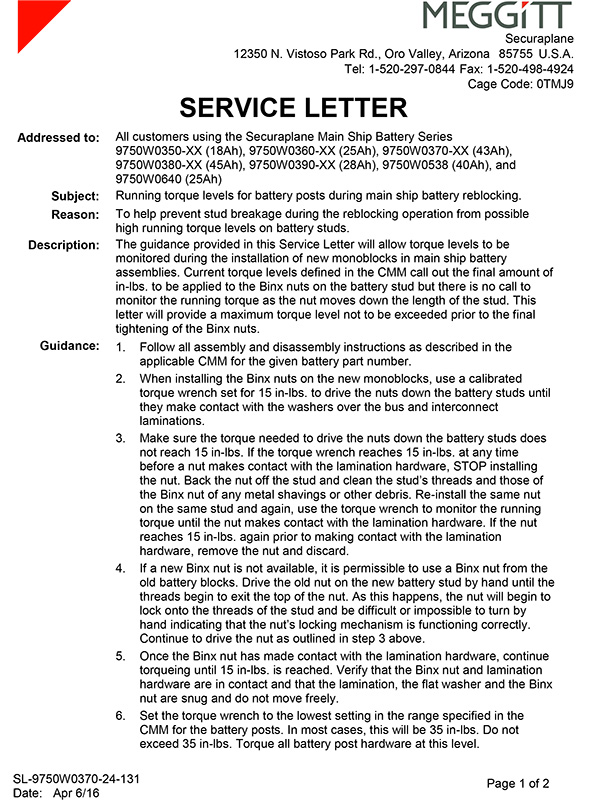 Do You Have The Correct Battery For Your Flying Schedule?

Give Your Battery The Credit It Deserves