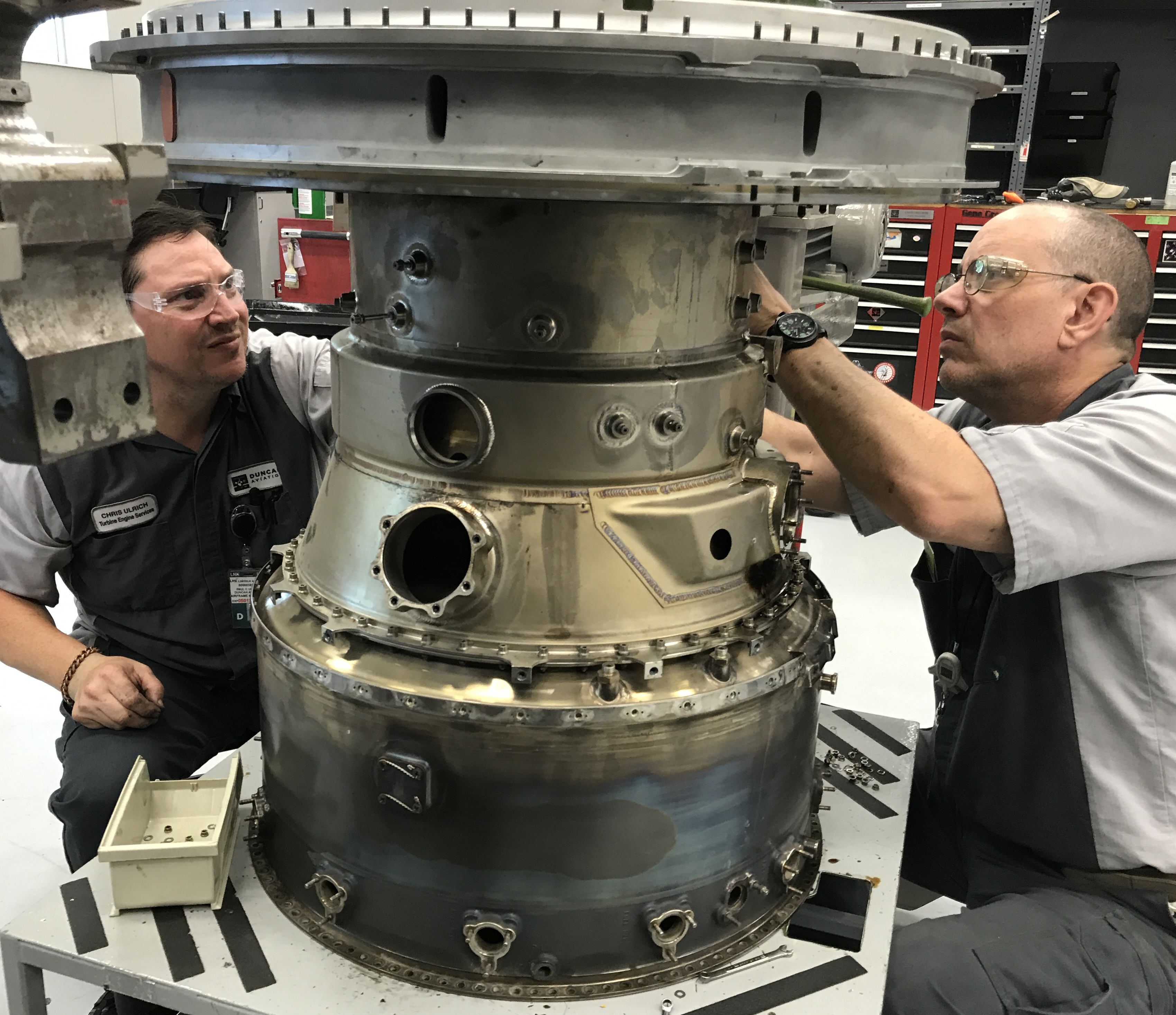 LINCOLN, NEB. —  After performing its first official CZI (Core Zone Inspection) on a Honeywell TFE731 engine at its Turbine Engine Overhaul Facility in Lincoln, Nebraska, Duncan Aviation is pleased to announce the engine has been reinstalled on a Bombardier Learjet 45 operated by Jet Linx Omaha and that it is showing impressive performance margins after only one build and one test cell run.

The report received from the Test Cell Certification run performed by the OEM, resulted in 158 degrees ITT margin and 971 RPM N2 Margin, or 263% and 162% more than the maintenance manual requirements.

The test cell results did not come as a surprise to Mike Bernholtz, Duncan Aviation Turbine Engine Service Sales Rep. “The CZI process is not new to us. We have been in partnership with the OEM on core inspections and maintenance for decades. Because of our solid history of quality and pride of craftsmanship, engines just don’t come back to us after they are released back to the customer in order to address additional maintenance or service issues.”

James Prater, Duncan Aviation Manager of Turbine Engine Services, believes the impressive CZI margin numbers are simply another testament to the service quality their customers have experienced for years. “This was our first CZI. We built it once. It was tested once and delivered on the first try with performance margins that not only exceeded the maintenance manual requirements, but also exceeded nearly all of the engine’s new production performance parameters.”

For more information about Duncan Aviation, visit Duncan Aviation at booth #C9125 during this year’s NBAA convention from October 10-12, in Las Vegas, Nevada, or watch for announcements at www.DuncanAviation.aero/nbaa.