Getting out of Gander (Newfoundland) 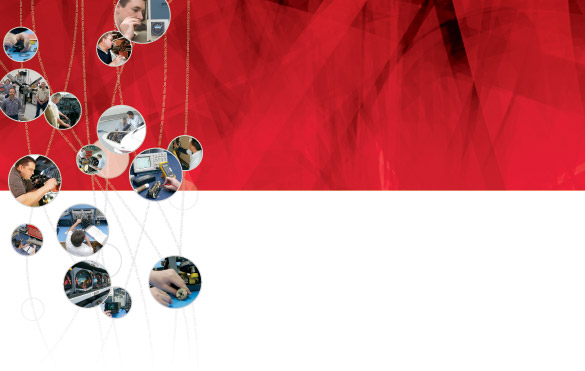 A NETWORK OF SOLUTIONS

GETTING OUT OF GANDER (NEWFOUNDLAND)

AOG in another country nearly 1,500 miles from home at an airport with no corporate services and a critical flight scheduled in two days, KeyCorp’s Director of Maintenance, Bill Herman, made one phone call and used some ESP to get out of his jam—and out of Gander, Newfoundland.

Duncan Aviation’s satellite network was developed more than 20 years ago to bring Duncan Aviation’s top-rated avionics and instrument services closer to customers across America and solve problems where they occur, in the field. Since those early days, the concept has expanded well beyond simple avionics line services. Today, satellite shops provide sales, service and warranty for most major manufacturers and OEMs. They are experts at troubleshooting system problems, performing repairs and installations. Satellites have complete access to Duncan Aviation’s STCs, loaners and can even coordinate any accessory or propeller repair or overhaul. The network is supported by engineers and Tech Reps from Lincoln, Nebraska, and Battle Creek, Michigan.

For an aircraft operator, Duncan Aviation’s Experience, Service and expert People (ESP) are all great things to have close access to. But who do you call and what do you do when you’re returning to Cleveland, Ohio, on Saturday after a trip to Europe and your air data computer (ADC) fails after a stop-over in Gander, Newfoundland, with an important flight looming on Monday? Customers who use their own ESP know who to call and what type of help will follow.

KeyCorp Aviation’s flight crew and executives are well aware of what happens when an ADC fails after your airplane fuels in Gander. Gander is a small town that has a population of approximately 10,000. It does have an international airport, but with few corporate aircraft based there, Gander has virtually no support services for business aircraft, especially Falcon 2000s. KeyCorp’s Director of Maintenance, Bill Herman, called Duncan Aviation’s Battle Creek, Michigan, facility for help. Battle Creek contacted Brian Ray at Duncan Aviation’s Morristown, New Jersey, satellite facility. Brian got a hold of Bill Herman to let him know he was on his way to St. John’s (Newfoundland’s Provincial Capital).

THEY MADE THEIR IMPORTANT MONDAY FLIGHT ANDEVERYTHING WAS BACK TO NORMAL.

Brian met Bill Herman Sunday morning for a breakfast briefing about KeyCorp’s situation. Shortly afterward, they departed St. John’s for the short flight to Gander. Fortunately, the Gander Airport had a heavy equipment maintenance “garage” where KeyCorp’s Falcon was allowed to nest out of the elements. This made the ADC replacement easier to accomplish. By Sunday afternoon, the new ADC was installed and everything was ready for the flight to Cleveland. Brian made his arrangements to get back to Morristown through Cleveland in-flight. KeyCorp executives made their important Monday flight and everything was back to normal.

One call and a little ESP was all it took. That request for help threw Duncan Aviation professionals into action and KeyCorp’s problem soon became only a minor annoyance. This is the type of split-second service Duncan Aviation customers have come to expect in the last 51+ years. Since the days of Donald Duncan, no other aviation company has consistently stood by customers in need, no matter the circumstance, like Duncan Aviation. Satellite facilities that are always ready to help are one of the reasons Duncan Aviation has a lengthy list of long-time customers.

There are thousands of stories like this when a Duncan Aviation satellite shop made the critical difference to a customer, drop-in or just someone in the aviation brotherhood in need. Innovation, fast service and the ability and autonomy to move quickly in serious situations is what sophisticated aircraft operators look for in the 21st century. Using ESP, Duncan Aviation’s satellite network was already aware of those factors in the 20th century, and we will continue to perfect these services in the future. See a complete listing of our satellite locations.