Taking to the Skies During Winter Weather 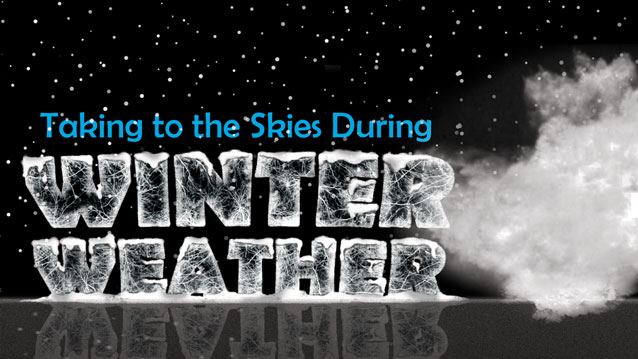 During winter operations and specifically during deicing operations, Duncan Aviation has a zero tolerance for failure. All locations are trained yearly on deicing procedures, FAA hold-over times, the types of freezing precipitation and how they affect performance of an aircraft.

When the weather turns cold and the skies turn gray, winter is approaching; with it comes the possibility of significant snow and ice. Although this makes for great snowball fights and downhill sledding, ice and snow for those in aviation requires extra safety measures to get an aircraft safely in the air.

Before taking off in severe winter weather, pilots make sure all snow and ice are removed from the wings and tail sections of their aircraft. These surfaces are engineered to provide the proper lift for flight; any accumulation disrupts the airflow and obstructs the aircraft’s ability to take off. The safest and quickest way to do this is with deicing methods.

Duncan Aviation’s two full-service locations, Battle Creek, Michigan, and Lincoln, Nebraska, offer a two-step anti-icing / deicing process with Type 1 (T1) and Type 4 (T4) capabilities to battle the often-severe winter weathers experienced throughout the middle of the United States. T1 is an orange glycol deicing fluid that is heated to 180 degrees before application. It removes snow and ice and provides minimal protection from further accumulation.

Depending on weather conditions, it is not uncommon to apply as much as 150 gallons of Type 1 for each deicing event. After application, the pilot has a seven- to 10- minute window to taxi to the runway and safely take off. If the aircraft is delayed by the tower or other aircraft traffic and unable to depart while the application is still effective, the aircraft will be forced to return to the ramp and be deiced again. During times of active precipitation, a second step is often required.

Where Type 1 removes snow and ice from the aircraft, Type 4 prevents more from accumulating. T4 is a green anti-icing agent that, when applied, clings to the aircraft surface and extends the amount of time the aircraft has before taking off to between 15 and 30 minutes, depending on weather conditions.

All of Duncan Aviation’s FBO (Fixed Base Operator) services are available 24 hours a day, 365 days a year. As long as the airports remain open for operation, they are equipped and prepared to get an aircraft cleared for flying, even in the most severe weather conditions.

Duncan Aviation-Battle Creek has an FMC model TM-1800 that holds 1,800 gallons of T1 fluid and 400 gallons of T4. It dispenses the deicing / anti-icing agents under high pressure from a boom-height of 41 feet, making larger aircraft easy to service.

Duncan Aviation-Lincoln recently purchased a Premier Deicer with the capacity to hold 700 gallons of T1 and 150 gallons of T4. This high-pressure system with a 35-foot boom allows the truck to remain outside of the safety triangle of the aircraft and still be able to effectively cover the wings with enough time to taxi to the runway and safely take off.

The Pilot-In-Command is always responsible for making the call on whether his aircraft is good to go or if weather conditions prevent a safe departure.

Duncan Aviation line service professionals give every pilot the best information available on the type of glycol fluid used and the expected hold-over times for them to make a safe and educated decision.

Duncan Aviation has a zero tolerance for failure. All locations are trained yearly on deicing procedures, FAA hold-over times, the types of freezing precipitation and how they affect performance of an aircraft.

With the proper equipment and experience, flying in the winter is very safe.