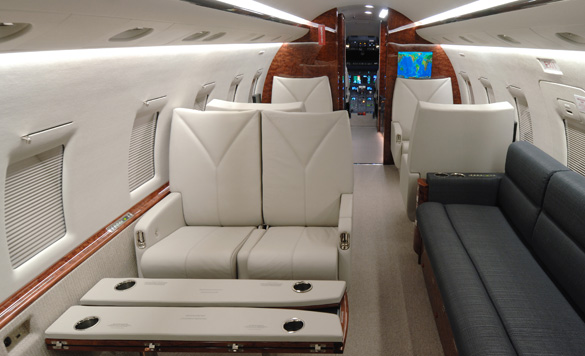 It Doesn't Get Much Easier

Reflections On A Challenger Completions Experience

“From the beginning to the ‘jaw-dropping’ end, it couldn’t get much easier.” That is how Bob Petty, International Game Tech Flight Department Manager, described the acquisition and complete make-over that many Duncan Aviation experts were involved with and performed on their newly acquired Challenger 604. “It was more than a business arrangement. It was a partnership.”

In March of 2006, IGT was in the market to upgrade their aircraft and turned to Bob McCammon and Doug Kvassay, Duncan Aviation Aircraft Sales & Acquisition Sales Reps. They researched the world market to locate the right aircraft. They found what they were looking for in Venezuela. “Those guys really made the transaction simple. I completely trusted them and was not disappointed,” said Bob.

But IGT wasn’t finished. Duncan Aviation, gutted, stripped, sanded, refurbished, reupholstered, polished and painted both inside and out. The results were amazing.

On Valentine’s Day, Christine Mann, designer, and Mike Minchow, Completions Sales Rep personally delivered the aircraft to IGT in Las Vegas. “The plane was immaculate! Everyone was very pleased with the quality and detail of the work.”

To Bob Petty it was a pleasure working with everyone at Duncan Aviation. “It was like having a partner. They found and negotiated the price of the plane. They painted and upgraded the plane. They delivered it on time. And then they helped us sell the old plane. It doesn’t get much easier than that!”

«Previous: Simplifying A Puzzle of Complexity
»Next: Gulfstream Summer 2007