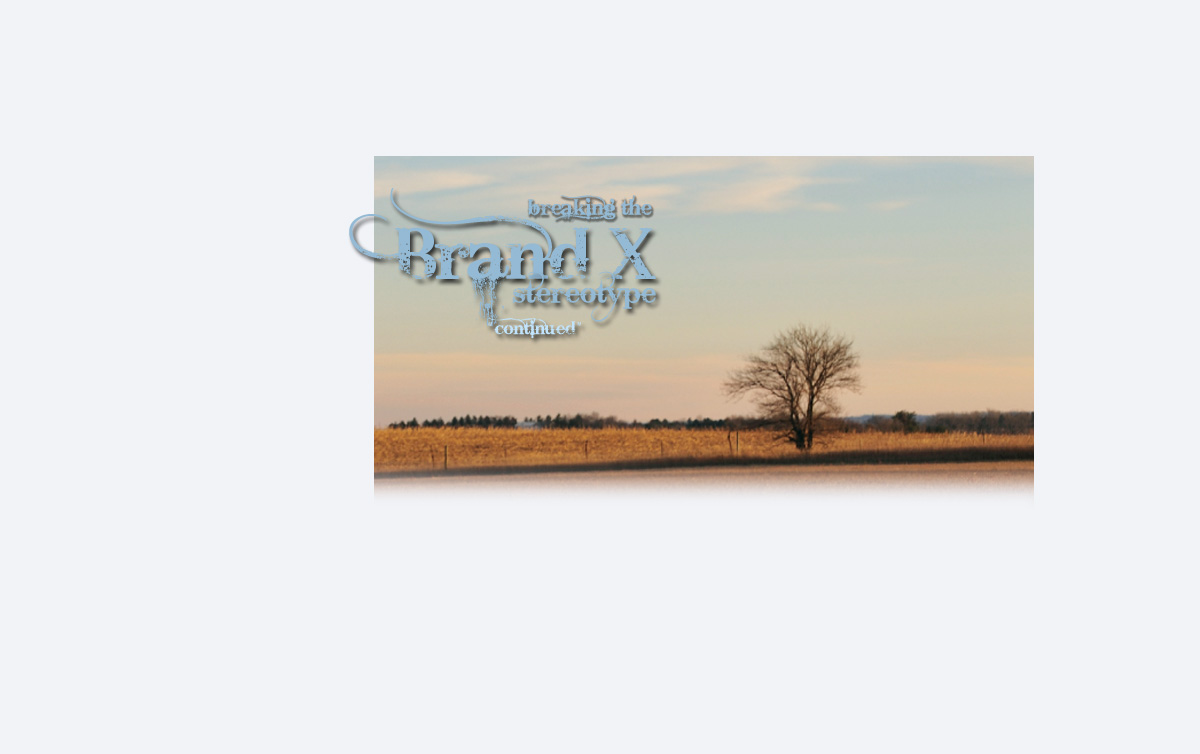 In the corporate world, old-fashioned values can be hard to find. But in America's heartland, one of the world's last family-owned aircraft support organizations is still holding fast to what it believes in. As it has grown over the past 50 years, it hasn't lost its small town appeal, or the values that have always made it different.

“I’m surly,” announces the voice on the other end of the phone. It’s a rather unusual way to start a conversation, but then again Kress Latham is, well, a bit unusual. “I’m having a Brand X facility experience and it makes me surly. So if you detect surliness, it’s not directed at you.Kress is a long-time customer of Duncan Aviation and a recent co-owner of International Jet Management. He’s a hard worker: diligent and determined. It’s how he advanced from an airframe mechanic to a Director of Maintenance in three years. It’s also how he earns the respect of his clients.

As a DOM of 10 years, he has done business at nearly every service maintenance center in the United States. Anything less than good work ethic, communication and collaboration annoy him, a lot. “Brand X” is Kress’ way of referring to a company he’s having a difficult experience with.

Kress has a rather quirky sense of humor that makes him easy to talk to, even on bad days. And today is definitely one of those days. Without a hint of menacing irritability, he explains the situation. The plane he’s stepped in to help manage has been in a pre-buy situation for eight months. His experience, in his own words, has been “riddled with ill will and miscommunications.”

There have obviously been issues with the project—many issues—although no one really deserves the blame. A case in point is electrical components needed for an installation. Only one vendor makes them and they require an eight week lead time. Brand X wasn’t particularly proactive in identifying this beforehand.

“I’LL ASK FOR ALTERNATIVES AND TEN HAPPY PEOPLE WILL TRY AS DILIGENTLY AS I WILL TO FIND SOLUTIONS.”
— Kress Latham,
Project Manager

Vendors. Surplus suppliers. Service Reps participating at the NBAA convention. No one who might have—or who knows someone who might have—parts that could conceivably meet the specifications was left uncalled. And then a vendor finds nine surplus parts… at another one of Brand X’s facilities.

“Brand X assured me they looked everywhere at all similar parts and that was the only part they could get.” says Kress.

He’s not the kind of guy who comes across as being vindictive or petty, but it’s not difficult to imagine him setting the parts—in a Brand X box—on the desk of his Brand X contact: concrete proof that an alternative did in fact exist.

“This doesn’t happen at Duncan Aviation,” says Kress flatly. “I’ll ask for alternatives and ten happy people will try as diligently as I will to find solutions.”

“We’re all in this to make money,” says Kress, “but you make money by making relationships.” And relationships are what Duncan Aviation is all about.

Kress Latham lives between two worlds. As a Director of Maintenance for the past ten years, he’s done business at nearly every aircraft service center in the United States. But he tries to stay away from big cities. “I know them very well,” says Kress. “I just try not to live in them.” Kress prefers life in a more pastoral setting, but he takes his work everywhere.

Every DOM has had difficult experiences with service providers. It goes with the territory. But there’s a different philosophy at work behind Duncan Aviation that makes it more than just another flavor of the so-called “Brand X.”

The environment is one where people feel like their opinions matter, where bureaucracy is limited, and where problem-solving doesn’t involve—in Kress’ own words—“a labyrinth of unnecessary complexity.” 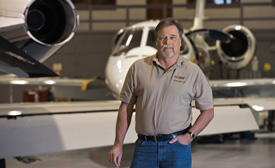 That’s not to say that every experience is perfect. Mistakes are inevitable. They’re part of being human. What makes Duncan Aviation unique is how mistakes get resolved. The relationship that is fostered is one where the customer is invited to walk through the decision-making process with the people working on their aircraft. By doing so, mistakes become positive learning experiences for both parties.

“I’ve never had a problem [at Duncan] we didn’t resolve happily and without malice. I never get stonewalled,” says Kress. “With Brand X, it’s a fight. You don’t walk away happy.”

No one knows this better than Eric Gunderson. He hired on with Duncan Aviation as a mechanic in 1989 and later became a team lead. He left for a corporate operation in 1993, where he’s been Chief of Maintenance for the past 10 years.

Duncan Aviation has an unusually high retention rate among employees, so Eric still knows a lot of people working on the floor. But that isn’t why he keeps coming back for service. For him, it’s the company’s ethics. The people who work at Duncan Aviation are the backbone of the company, and they’re empowered to do what’s right.

“They are focused on doing right by the customer,” says Eric. “That supersedes everything, from the bottom to the top of the company.”

There’s a direct line of communication that exists between customers and the people who provide service for their aircraft: employees work with customers on the floor as the aircraft is in work.

“They’re the reason we come for service, right down to the guy pushing the broom on the floor,” Eric says. “They do their best to do it right the first time. If something’s wrong, they do whatever it takes to make it right.”

“THEY ARE FOCUSED ON DOING RIGHT BY THE CUSTOMER. THAT SUPERSEDES EVERYTHING, FROM THE BOTTOM TO THE TOP OF THE COMPANY.”
– Eric Gunderson,
Chief of Maintenance

Eric is intimately aware of how badly the industry is hurting. The company’s flight department of 35 years closed in mid-November laying off six pilots, two mechanics, a line service rep and a scheduler. A seven-year member of the NBAA Tech Committee, Eric’s own job is in limbo as he works to keep two Lear 45s maintained while his company tries to sell them. Before the downturn, Eric had always been mindful about costs, but for him it’s not just about the bottom line... even now.

Doing the job right is just one of the Duncan Aviation’s many values, which sometimes means doing something different.

Consider the observations of Airframe Lead Mark Taylor, who left Duncan Aviation’s Battle Creek facility a year ago to work at a larger service provider. He was never disappointed with Duncan, he was simply curious to see what a larger organization was like. The difference was striking, and within seven months he was back.

At the other service facility, Mark noted that leads are assigned four to five aircraft at a time.

“At Duncan, there’s one lead per aircraft,” says Mark. “It’s one person who knows everything about what’s going on with the project.”

On any given project, Mark will assign tasks to personnel, assist mechanics, ensure write-ups are completed, perform inspections, troubleshoot issues, and order parts… to name a few tasks. That’s in addition to answering questions from customers, project managers and managers.

It’s a lot to take on, and having one project to manage “makes for better attention to detail and increased safety,” says Mark. 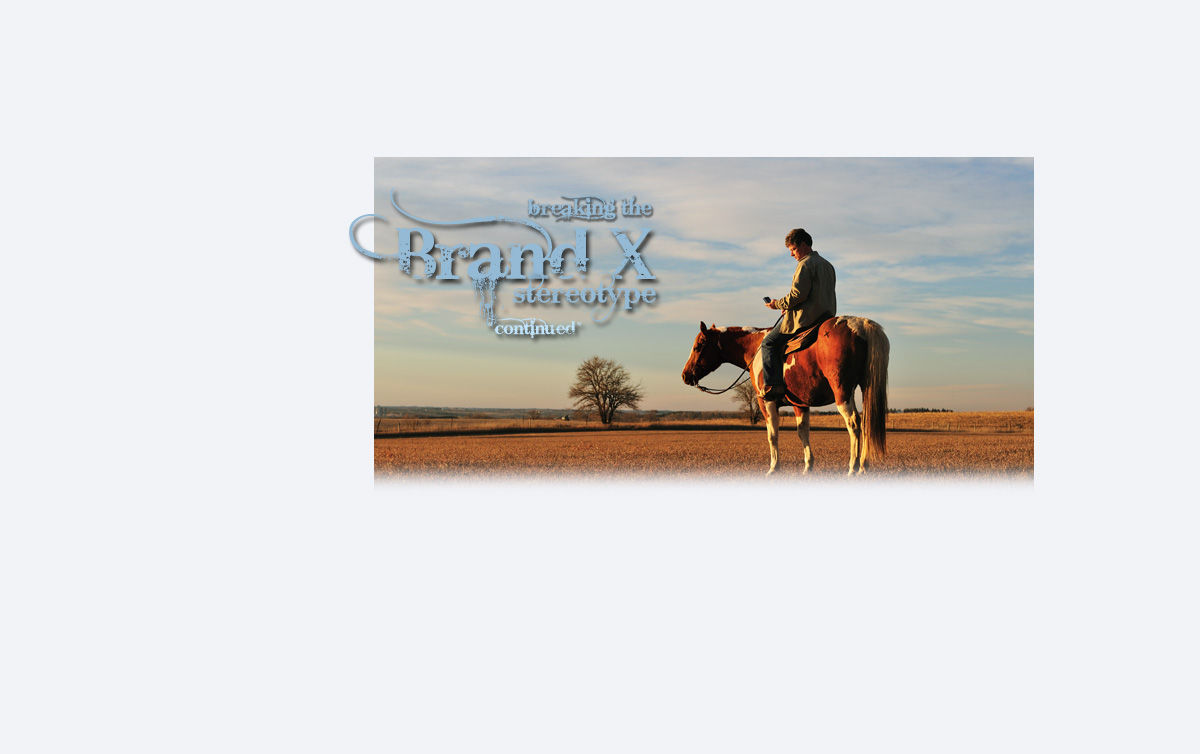 Kress’ first experience with Duncan Aviation was pure circumstance. He had always assumed the company was just another flavor of “Brand X,” that is until a customer had a pre-buy evaluation on an Astra SPX at a Duncan facility in 2002.

“AT DUNCAN, THERE’S ONE LEAD PER AIRCRAFT. IT’S A PERSON WHO KNOWS EVERYTHING ABOUT WHAT’S GOING ON WITH THE PROJECT.”
– Mark Taylor,
Airframe Lead

“That’s when I fell in love with Duncan,” says Kress.

Kress’ first three years in aircraft maintenance were spent as a mechanic in a company where the workforce constantly struggled under management’s thumb. It was a thankless job in an “us versus them” environment that did anything but foster initiative.

Ten minute breaks started and ended at the sound of a blaring horn. If employees couldn’t make it to the break room from the ramp within ten minutes, oh well. He put in 1,000 hours of overtime each year for three years doing everything he could to get experience and get out.

He got in with International Jet Management as it was forming. Kress did far more than serve as their DOM, earning part ownership in the company through his own sweat equity. When he first came to Duncan, he was surprised by the “happy people” working on the floor.

“It was a remarkable contrast,” says Kress.

Mark noted the same contrast when he left Duncan Aviation, and for him coming back was like coming home. At Duncan, off-shift work allows him to be with his family when he needs to, and job variety allows him to work on almost anything he wants. For example, he asked to move to the engine shop, which he did for a year. Now he’s back in airframe, and he currently enjoys work in both shops. That was not an option at the other service provider. 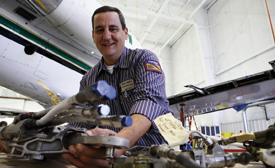 “You are a number there, an employee number,” says Mark. “They hired you for that spot and that’s where they wanted you.”

By all appearances, Duncan Aviation is a big service organization, but it hasn’t lost its small town appeal. Mark feels involved in how he can offer input into procedures, and management is accessible.

“It’s small enough I feel like part of the company,” says Mark. And he’s not interested in leaving again any time soon.

This kind of environment fosters employees to take ownership of their work. In Mark’s case, when he leads a project for an aircraft he refers to it as “my airplane.” There’s a vested interest there that impacts the quality of the finished product. With all the details involved in the projects that come through Duncan Aviation’s hangar bays, that can make all the difference in the world.

The relationships Duncan Aviation builds are as varied as its customers, and each person’s experience with the company is unique. For Kress, it’s finding a group of people he wants to work with.

“Duncan is different,” says Kress. “I want to be with other people like me.” 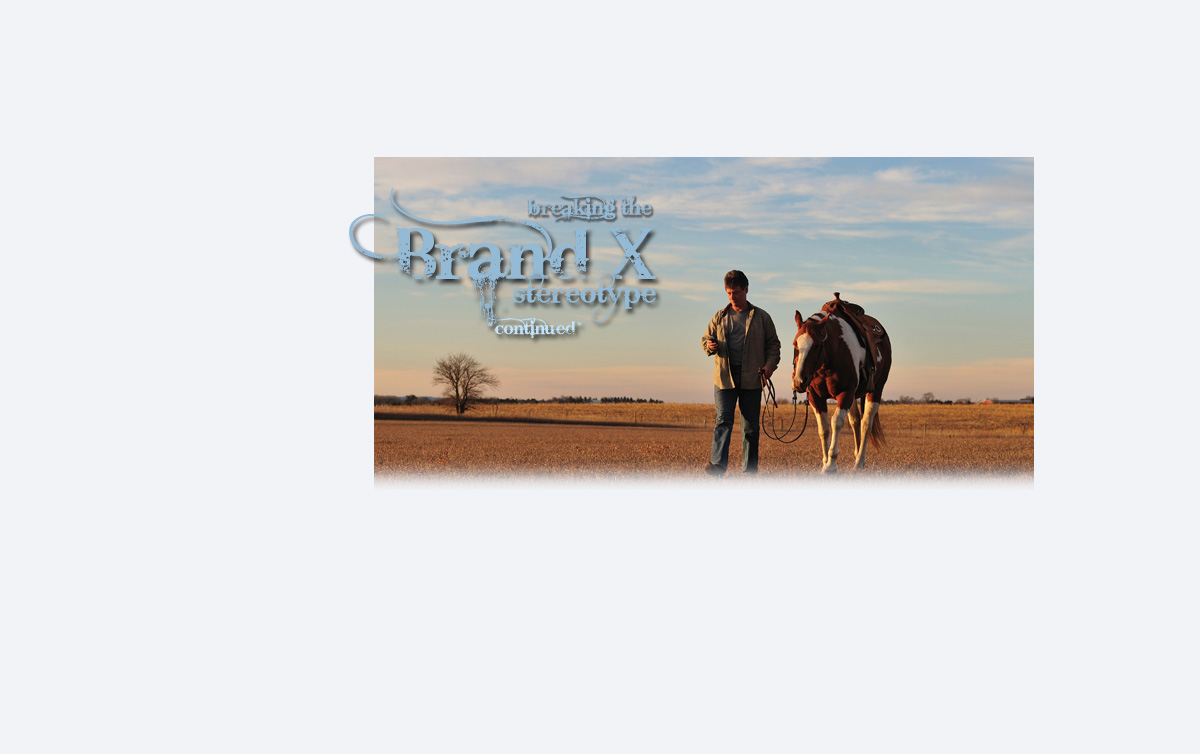 Our customers and vendors tell us it just feels different when they are at a Duncan Aviation facility. They advise us the environment feels positive, productive, trustworthy and friendly. By no coincidence, we believe our customers are also different. They are the most friendly, trustful, demanding and forward-focused customers in the industry! I guess like kinds attract. We have what we call “core values.” We don’t mandate them. Rather they have become part of our DNA helix that started with Donald Duncan’s business philosophy and exist in the team members we hire, the customers we retain and serve as a filter for the decisions we make.