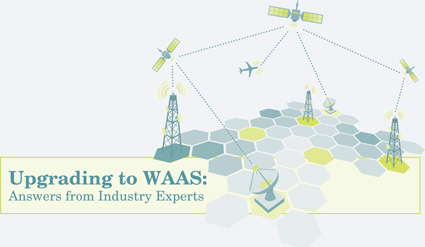 Is now the time to upgrade to WAAS? What is the difference between an STC and field approval process? Industry experts answer some of the common questions and confusion surrounding these upgrades as operators consider the future of aviation navigation.

This effort was reaffirmed by the FAA’s cancellation of more than 130 redundant ILS approaches in mid-December last year, as reported by the Aircraft Owners and Pilots

While the focus may be shifting away from ILS approaches, budgets are tight and many questions still surround WAAS/LPV upgrades. Industry experts explain some of the common questions and confusion surrounding these upgrades as operators consider the future of aviation navigation.

Meeting the Needs of the Future

Gary Harpster is a long-time member of the Aircraft Electronics Association (AEA) Advisory Board and an Avionics Installation Sales Rep at Duncan Aviation-Lincoln with 40 years of industry experience. He’s well-known for his avionics expertise.

DOES YOUR AIRCRAFT MEET THE NEEDS OF THE FUTURE?" IF AN AIRCRAFT ISN'T EQUIPPED WITH WAAS/LPV, THE ANSWER IS PROBABLY NO.

When someone asks him if now is the time to upgrade to WAAS, he responds "Does your aircraft meet the needs of the future?" If an aircraft isn't equipped with WAAS/LPV, the answer is probably no.

"Now is the time to begin researching to determine if an aircraft qualifies for a WAAS upgrade," says Gary. "Some aircraft may not qualify because of compatibility with the existing systems."

The chief compatibility issue is the age of an aircraft’s Flight Management System (FMS). Many FMSs currently in operation were installed in the 1990s. These 20-something-year-old computers, or more specifically their processors and memory, simply weren’t designed to handle the increasing amounts of data required by today’s technology.

"Aircraft built in the last 20 years have a lot to gain from an upgrade," says Joe Spring, an Avionics Installation Sales Rep at Duncan Aviation-Battle Creek.

Although they still function, the systems in these aircraft are slower, less efficient and sadly lacking in features, and sometimes aren't compatible with modern upgrades, which can complicate an installation. They're also aging.

Steve Elofson is the Avionics Installation Sales Manager at Duncan Aviation-Lincoln. He explains that these old FMSs are due to be updated anyway.

Many operators are struggling to make sense of the distinction between WAAS and LPV. WAAS increases the accuracy of the Global Positioning System (GPS). LPV is the certification that enables an aircraft to fly GPS approaches to a lower minimum.

Chad Ostertag, an Avionics Sales Rep at Duncan Aviation-Battle Creek, works with operators to determine what level of functionality they’re looking for when they ask for WAAS. Often it takes a few questions to determine what they’re really interested in is LPV.

“"Most customers are looking for a solution that will get them the LPV approaches," Chad explains. "If we install a system that is WAAS capable, it is also LPV capable, but without a proper certification path the LPV portion can’t be activated."

UPGRADING TO WAAS/LPV SOUNDS DECEPTIVELY SIMPLE: IT’S JUST A MATTER OF PLUGGING IN A NEW UNIT, RIGHT? NOT FOR PART 25 AIRCRAFT.

Upgrading to WAAS/LPV sounds deceptively simple: it’s just a matter of plugging in a new unit, right? Not for Part 25 aircraft.

"Customers will call and ask for a price quote, expecting this type of an upgrade to cost $10-20,000," says Joe. "When they hear the quote, it's much more expensive than they expect, but this is the future of aircraft navigation. The upgrade will give them significant value, which offsets the initial cost."

The pricing confusion seems to stem from smaller WAAS-enabled GPS units, Garmin units in particular. They offer similar features as their more expensive counterparts and are installed at a fraction of the cost with minimal downtime. However, "these units are not certified for Part 25 aircraft," says Steve. "They are only certified and designed for Part 23 aircraft, which are mostly piston and turboprop aircraft."

The upgrade path for Part 25 aircraft is more complicated. An installation requires units to be integrated with an aircraft's flight control and autopilot systems, making an upgrade a very significant installation event.

Older FMSs aren't coupled to an aircraft's autopilot as completely as newer generation systems, says Steve, and modifying the wiring can be somewhat like brain surgery. Operators considering upgrading to a system that is different from the OEM configuration should be prepared to replace most, if not all, of the existing wiring.

FOR LPV TO BE POSSIBLE, ALL SYSTEM COMPONENTS MUST COMMUNICATE WITH EACH OTHER AND FUNCTION ACCORDING TO MANUFACTURER SPECIFICATIONS.

For LPV to be possible, all system components must communicate with each other and function according to manufacturer specifications. "Flight guidance, primary flight displays and the autopilot all have to react correctly," says Gary.

There are a multitude of different combinations of makes, models and system configurations among business aircraft operating today. Each unique combination must be thoroughly researched, a new configuration engineered and the new systems installed. Gary explains that it is the responsibility of the installing agency to make sure a unit works with an aircraft's onboard systems, making experience and manufacturer relationships crucial in a service provider.

"There is a lot of research that takes place on the front end," says Gary. "We make sure a solution we present will work in an operator's aircraft with the existing avionics system configuration. We minimize risk."

No matter how an operator approaches a WAAS/LPV upgrade, the proposition may be expensive in terms of both money and downtime.

An upgrade can be maximized by performing major and minor inspections and maintenance during the installation. Coordinating an upgrade with service events requires some advance planning, but can save valuable downtime.

Shorter downtimes can be achieved by upgrading from an older to a newer generation system. For an installation to be done correctly, "customers should expect downtimes of no less than two weeks," says Steve. However, upgrade paths aren't available for all systems, particularly older aircraft models.

Once a Supplemental Type Certificate (STC) is developed for an installation, the upgrade involves a more straightforward process with more easily anticipated downtimes. However, WAAS/LPV is still relatively new to the industry and not many STCs have been created.

Universal Avionics recognized this problem early on and approached the FAA for help to make the upgrade process easier. The FAA agreed, and the Engineering Assisted Field Approval Process for Universal Avionics WAAS/LPV FMS products was announced on Sept. 21, 2009.

This unique FAA field approval process saves operators time and money by providing an alternative to the intensive STC process. "It requires that the existing Universal FMS be 3D coupled for it to be eligible for the engineering assisted field approval," says Joe. The process requires that the vertical and lateral coupling for Universal's FMS units fully integrate with the aircraft's flight director or autopilot. This allows aircraft to depart with a certified WAAS/LPV system.

The Future of WAAS

Although the AOPA reports that the FAA is collaborating with them to ensure that adequate guidance is available to meet the needs of operators, the clock is ticking for ILS approaches. These antiquated ground-based approaches have large annual maintenance costs. WAAS/LPV approaches, by contrast, are significantly less expensive to implement and maintain while offering much more functionality to operators.

"WAAS/LPV upgrade solutions are now becoming available at a rapid pace," says Joe, who recently attended a Rockwell-Collins Dealer Advisory Board meeting. "Rockwell-Collins is developing a road map for all Collins FMS-equipped aircraft for 2010. Now is the time to budget and plan."

Duncan Aviation recently completed engineering assisted field approvals for Universal Avionics WAAS/LPV upgrades in a Citation 550B and a Hawker 800XP. In addition, the company is currently working with Honeywell on a NZ-2000 FMS 6.1 software upgrade in a Challenger 601-3A.

Despite the ILS approach cancellations, Steve doesn't expect a hard mandate for WAAS/LPV any time in the near future. However, with aging computer systems, increasing amounts of data to process and steadily increasing air traffic, he speculates that the upgrade may soon offer some distinct flying advantages that will necessitate an upgrade for operation in certain airspaces.

«Previous: Shrinking the World for our Customers
»Next: Redefining Customer Expectations