In 2013, Duncan Aviation imported 4,131 shipments from 53 different countries. These shipments included everything from new aircraft parts to aircraft components arriving at Duncan Aviation for repair or overhaul services. Whatever the purpose of the import, they all cleared U.S. Customs and Border Protection and a number of other U.S. regulatory agencies before they reached their final destination. This importation process is a complicated web of governmental regulations that, if not navigated carefully, will cause unwanted delays and unexpected fines and fees.

Steve Rothanzl is Duncan Aviation’s international compliance officer. He, along with Monica Bohling, international compliance specialist, has a responsibility to minimize the company’s exposure to fines by staying in compliance with all United States government policies regulating the import and export of all shipments into and out of the United States, either destined for or leaving Duncan Aviation. They do this by continuously studying the ever-changing and often vague government regulations and educating both Duncan Aviation customers and team members on what is required to avoid delays, fines and duty fees. 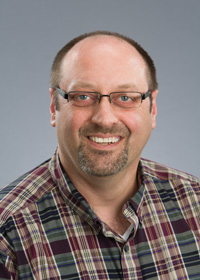 The Harmonized Tariff Schedule (HTS) of the World Customs Organization is recognized worldwide by participating government agencies. In the United States, it is the primary resource for determining tariff classifications for imported goods. Every shipment imported is given a numerical classification that is uniformly recognized throughout the world. The six-digit code for aircraft parts is 8803.30. Each country can then apply further classification that gives them additional controls on the duty fees and importation requirements for specific items.

In the aviation industry there are two primary provisions under U.S. law that allow for duty-free import. They are U.S. Goods Returning and the classification of aircraft parts. Steve says this is where knowing the government regulations helps in avoiding delays and fines. “Many times, customers will make the assumption that if the part was removed from their aircraft and sent to Duncan Aviation for repair, they should be able to clear customs with no added fees. On the surface, I agree. But nothing is that simple when it comes to government regulations.”

The classification for U.S. Goods Returning allows for duty-free importation. In order to use this classification, the importer of record, Duncan Aviation, must be able to prove the item being imported was in fact manufactured in the U.S. and no alterations were made abroad. However, with the evolution of business aviation, this documentation can be difficult to obtain. There are many aviation OEMs headquartered in the United States that manufacture their products elsewhere. Those products are considered goods from the manufacturing country, not the U.S., and therefore do not qualify for duty-free entry into the United States under the U.S. Goods Returning classification.

With the duty-free aircraft parts classification (8803.30), you could believe that a part removed directly from an aircraft, packed in a box and sent to Duncan Aviation would indeed be classified as an aircraft part and qualify as duty-free. You could argue that. But chances are, according to current U.S. Regulations, you are most likely wrong.

A part is classified by its function at the moment it enters the United States. For instance, a flight data recorder sent to the U.S. as an individual component not attached to a larger avionics system would be classified as a flight data recorder. To put it simply, if an item’s function has a category specifically named in the Harmonized Tariff Schedule of the U.S., it must be classified there. Because of the rules in the regulations of classifying goods, very few parts qualify to be classified as an aircraft part (8803.30). Remember those 4,131 parts imported last year? Only 268 met the full requirements to be properly classified as an aircraft part and receive duty-free entry. That is fewer than 7 percent. 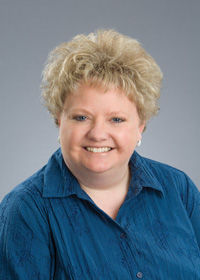 Although the rules of classifying shipments as aircraft parts are stringent, there are other avenues to reduce duty fees. Civil aircraft parts that do not meet the requirements to be classified as aircraft parts may qualify for a U.S. Government special tariff treatment program. The Articles Eligible for Duty-Free Treatment Pursuant to the Agreement on Trade in Civil Aircraft allows for many items that are not classified under the aircraft part classification (8803.30) to enter the country duty-free if it can be proven that the part is used on a civil aircraft and is not used by the Department of Defense or U.S. Coast Guard. For example, the flight data recorder mentioned before would normally have a 2.6 percent duty fee. However, it can now receive duty-free entry if this criterion is met. Both Steve and Monica use this special tariff treatment program to the benefit of Duncan Aviation customers when applicable.

Most penalties and delays occur because commercial invoices are inaccurate or incomplete. Monica‘s recommendation when preparing a shipment destined for Duncan Aviation is to include as much specific information about the part being shipped as possible. “A commercial invoice should include an accurate part number, quantity, description, value and country of origin, as well as the intended purpose for importing the item into the U.S.,” says Monica.

Duncan Aviation is ultimately responsible for the accuracy and completeness of the commercial invoice provided to U.S. Customs. To minimize penalties and delays, they maintain an ever-growing database of properly classified aircraft parts. This information is used by Duncan Aviation and its import brokers to make the process of clearing shipments through U.S. Customs more efficient.

Monica says managing imports through U.S. Customs is only one part of the function of the international compliance department at Duncan Aviation. “We study the regulations of 14 U.S. Federal agencies that monitor the import and export of goods into the country. As new regulations arise, we educate our teams and improve our processes to provide a seamless international shipment experience for our customers,” says Monica. “Our ultimate goal is to keep international shipments moving while reducing costs and delays.”

«Previous: Duncan Aviation Gets AOG Customer Back in the Air
»Next: Avionics & Instruments By the Numbers