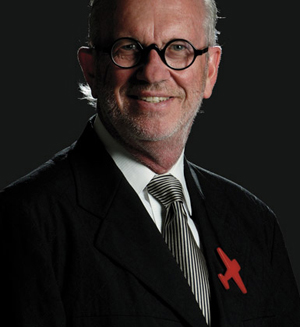 I am very proud of Duncan Aviation. It is an outstanding accomplishment for any company to remain in business for 50 years, but especially so in an industry like aviation. I am also proud of the fact that my family has maintained its direct involvement with the company. There has never been a dividing line between the Duncan family and Duncan Aviation; my generation grew up with the business. It has always been a part of our lives and who we are.

Donald instilled his love of aviation into our entire family; there was always an airplane on the family farm. Even before Duncan Aviation was a reality, we were in cockpits learning about airplanes. Our son, Todd, went on sales trips with Donald and learned about airplanes and the wonderful people who make up this magical industry. He observed Donald’s passion firsthand. Aviation has always seemed a natural part of life to the Duncan family.

When Duncan Aviation started and began growing, I became more involved in the company; I began to learn even more from Donald. He possessed a positive style of energy that resonated beyond his internal identity and embedded itself into this company and those around him. I believe I’m a very positive person as a reflection of who I am and what I learned from Donald. He never wasted time discussing why something couldn’t be done; he invested time in figuring out how things could get done! That personal philosophy has become part of Duncan Aviation’s culture, and has lasted for 50 years.

Because the family has never had any true dividing line with the company, we have a natural tendency to think of the many people who make up Duncan Aviation as part of a greater family. We stay together; we work together; we pull together; we care, truly care about one another. These types of family values are part of the culture that Donald and other early team members imprinted on the company. Duncan Aviation is not unique because of our team and family values, but we are rare. Those terms are not lip-service or part of some clever marketing ploy at Duncan Aviation; they are real values involving real people. We tell the truth and we respect one another—we care!

Delegation is another family trait that is deeply rooted in Duncan Aviation. Donald believed in me at a very young age. We complemented each other, he with his sales talents and I with organizational and conceptual skills. That’s another legacy that Donald left with us. I learned that lesson well and I let others use their abilities to cover all the many areas of the company that require the multiple skills a company like Duncan Aviation needs in order to thrive for 50 years.

Where did Donald get his passion for flight? I think it was his sense of adventure, his need to be on the cutting-edge. I feel that same urge and I see it in Todd as well. I think that’s what aviation is all about, innovation. That innovative, cutting-edge spirit is another blurry line between my personal family and the company family. Donald began with a small local auto dealership then moved into Duncan Aviation—first a regional airplane dealer and finally a national / international aviation powerhouse, the largest family-owned independent aviation company in the world. Today, as it was in the beginning, the most important quality of Duncan Aviation is the fact that there’s no difference between the family and the company. It’s about the passion for flight that’s driven my family all my life and driven Duncan Aviation for 50 years.