Placing Value on Peace of Mind 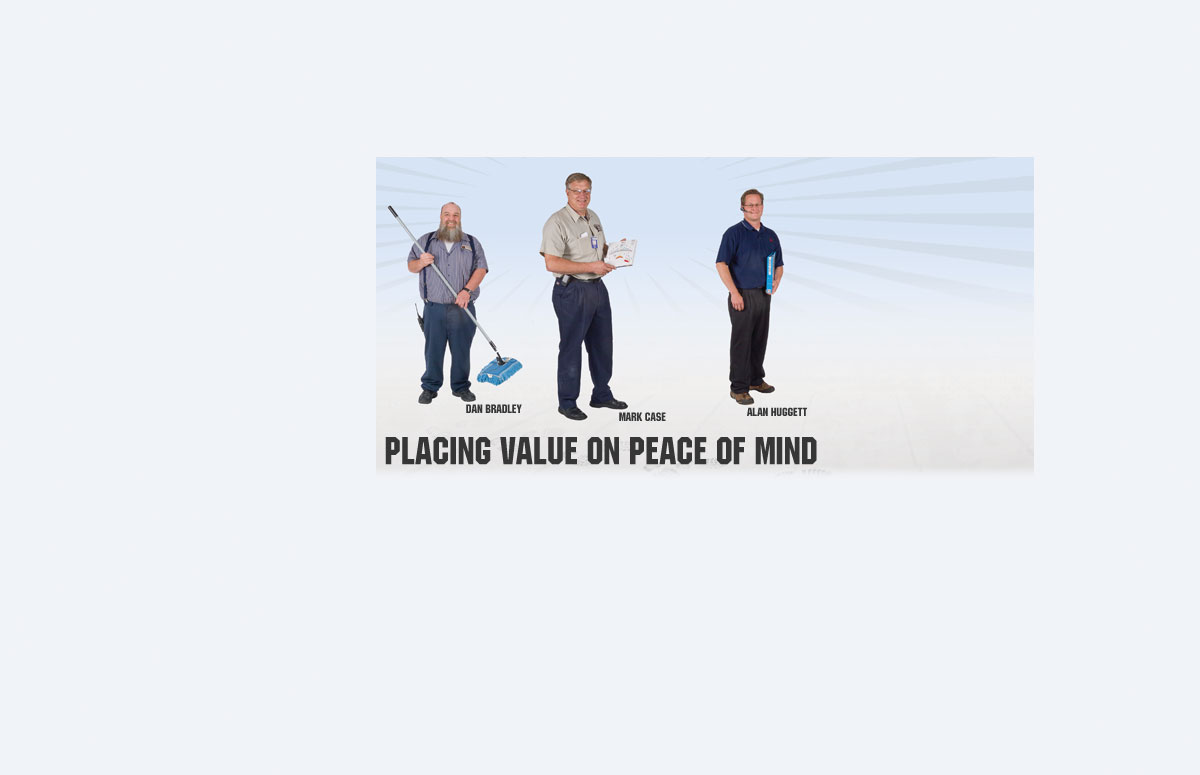 You may be able to put a price to a lot of things surrounding your flight department. For instance, you probably have an idea of the cost of an hour of your time, the cost per flight hour for your aircraft and the cost to put your aircraft down for a planned maintenance event.

But what is the cost of your boss missing an important meeting or the chance to meet face-to-face with a client? The price could be very high indeed. Who do you call when the unexpected happens is a very important decision, especially when a critical trip hangs in the balance. With the right team behind you, an unexpected AOG event can be stress-free. Does this sound too good to be true? Read on...

A FEW MINUTES CAN MAKE A LIFELONG IMPRESSION

On a Thursday afternoon in January, during a flight to Detroit, the Learjet 31A flown by Dan Bitton experienced a problem with a leaking nose strut. The Chief Pilot for Clear Sky Aviation, Dan’s first call was to Duncan Aviation. Alan Huggett answered the phone and within minutes got Duncan Aviation’s Bombardier Tech Rep, Cary Loubert, in the conversation. They agreed to line up the team and meet the plane when it arrived.

Thirty minutes later, the Learjet pulled up on the ramp, was towed inside and the troubleshooting began.

“After talking to Dan, we immediately got down to business,” Cary says. “We opened the work order and started chasing down the parts. We arranged to have a courier deliver parts immediately if they were needed. While we were finalizing our plan, the aircraft arrived. We pulled it inside and got to work.

“Upon inspection, we determined that we would try servicing the strut first. The icing conditions Dan experienced on his flight may have caused the problem. We quickly did a pressure check and found that the strut was airworthy, we finished up the paperwork and got Dan on his way.”

“WHAT A GREAT EXPERIENCE—WE WERE VERY IMPRESSED WITH THE EXCEPTIONAL SERVICE, THE FLAWLESS FACILITIES, THE TREMENDOUS TECHNICAL ABILITIES AND THE SECOND-TO-NONE CUSTOMER SERVICE.”
–Dan Bitton, The Chief Pilot for Clear Sky Aviation

Less than an hour after he first arrived with a problem, the aircraft was back in the air and the passengers on their way to their meeting. Those are the facts, but how did it feel? Here’s what Dan had to say:

“We were met immediately on the ramp and the line crew had the tow bar on the jet before the engines spooled down. The team met me inside and informed me of their plan of attack. Confident in their abilities, I settled down to wait.

“My first impression of the Duncan Aviation facility then hit me – it was too clean! Everywhere I walked and dropped a bit of snow, a wonderful gentleman followed me with a mop. I wanted to take him home with me!

“The friendly front desk team then took over. They asked us if we needed anything and gave us a private office fit for the President. Sadly, we did not get a chance to use it. The Learjet team led by Dave Mills and Cary Loubert had the problem solved in less than an hour.

“What a great experience—we were very impressed with the exceptional service, the flawless facilities, the tremendous technical abilities and the second-to-none customer service. Thanks to Duncan Aviation, my employer made it to an important meeting in Chicago that evening.”

What happens if your aircraft is AOG in a service facility and they can’t fix the problem in time to get you where you need to go? A quick call to a trusted expert and some creative thinking got this AOG situation back on track.

On the Saturday evening before Easter Sunday, a team at one of Duncan Aviation’s competitors was just finishing work on a Falcon 900EX that had recently come in for AOG engine repair. While installing the starter/generator, it was noted that the end cover was damaged and the unit could not be installed. A new one would have to be ordered. Even with counter-to-counter service, a replacement would not make it in time for a critical Sunday trip. And a charter flight to bring in the part from the East Coast to the Midwest would have added tens of thousands of dollars to the project’s cost.

I CAN’T BEGIN TO TELL YOU HOW MUCH THE CUSTOMER APPRECIATED EVERYONE’S EFFORTS, PARTICULARLY MARK’S, TO GET THIS AIRCRAFT FLYING BY EASTER SUNDAY.
–Steve Wolff, Dassault’s Field Service Rep

Dassault’s Field Service Rep Steve Wolff was there for this Falcon operator. Upon hearing of the problem, his first call was to Duncan Aviation, where he was quickly put in touch with Mark Case, Airframe Team Leader.

“I explained the situation to Mark and he told me that he would do everything possible to help us out,” Steve says. "What transpired is something, through my experience, not too many individuals would be willing to do. After verifying the required part, Mark removed the item from an aircraft already in the Duncan Aviation hangar, completed the required paperwork and waited for a locally chartered aircraft to pick the item up. This took place well after 10 p.m. on Saturday. Mark was in constant communication with me and the crew of the AOG aircraft. The item was received, installed and engine runs completed by 1:30 a.m. Easter morning. The expression of relief on everyone’s faces was priceless when the part arrived. I can’t begin to tell you how much the customer appreciated everyone’s efforts, particularly Mark’s, to get this aircraft flying by Easter Sunday. Without his ability to recognize the importance of this particular situation, all efforts to meet the customer’s schedule requirements would have been in vain.”

Mark says, “I was willing to drive the part there myself, if necessary. This would have made a long day for me, but the part would have been there in time for their flight on Sunday.” Luckily, a charter was located and Mark did not have to make that drive.

This level of service, especially on a holiday weekend, is truly exceptional in the eyes of many operators. To the team at Duncan Aviation, however, this kind of story is a regular occurrence. “Really, it’s not much of a story,” Mark insists. Many would beg to differ.

DO YOU HAVE A GO-TO TEAM? WHO DO YOU CALL FIRST WHEN YOU’RE AOG?

No matter where you are or what your situation, you would be wise to have a go-to team that can handle anything, quickly and efficiently. A team dedicated to getting it right the first time, without delay is critical to avoid wasting priceless time.

Having the confidence of knowing that you’ll get someone with your best interests in mind on the phone on a Saturday with only a few hours before a critical flight is something you can’t put a price on. This feeling of confidence is not just icing on a cake; it is a very valuable gift—the gift of peace of mind.