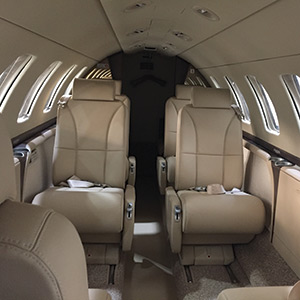 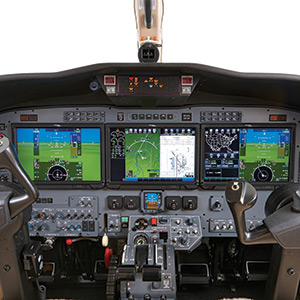 Richard Boyer, President of Ontario, Inc., is one of the latest happy customers.

“I recently had Duncan Aviation upgrade my Pro Line 21 to the new Pro Line Fusion avionics,” Richard says. “Because of the planned downtime, I decided to also do new paint and interior and have my three-year doc and other doc inspections completed. First off, my interaction with the team at Duncan Aviation was very pleasant. Even though the Lincoln facility has more than 1,000 employees, I always felt I was doing business with a much smaller shop. They bent over backwards to keep me happy and went beyond what I expected when it came to getting the aircraft back to me on time. Because of the extensive work completed, I was bracing myself for the nuisance of finding squawks after taking delivery. However, after flying the aircraft for two months, their work has been squawk- free. On delivery of the aircraft, all the switches were in the right places and they even had placed all of my stuff correctly back in the drawers and pockets. Lastly, there were no unexpected billings to argue over. I highly recommend Duncan Aviation for any of the areas I had work: avionics, maintenance or paint and interior.”