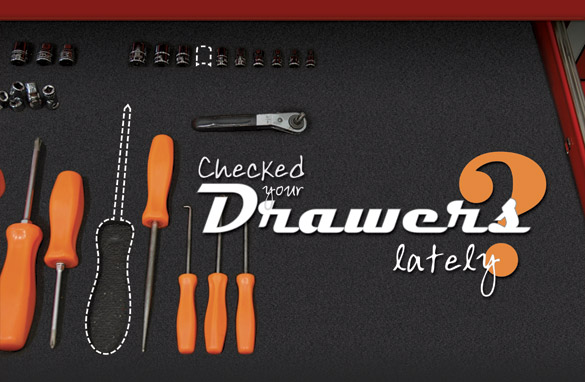 The damage to the TFE731 engine above was caused by a bird strike. Duncan Aviation's technicians found damage to the fan blades, nose cowl leading edge, fan stator, and compressor impeller... just to name a few. Depending on the strike, one bird can cause more than half-a-million dollars in damages.

Engine FOD can be the most dangerous of all FOD. Any material that rips through any engine can cause a catastrophic failure. Engine FOD is both internal and external. Internal FOD can be mitigated through the use of strict procedures. (Check to see the procedures your service provider uses.) External FOD requires proper planning and observation to eliminate.

Internal FOD may include any tool, part or anything a technician may use while servicing an engine. Rivets are common FOD elements for engines. Years ago, a chief pilot decided to test his flight crew’s FOD procedures by placing his hat inside an engine intake. Before he could warn them of his plan, they tested the engine. Several thousand dollars of damage resulted.

External FOD is much more dangerous if the aircraft is in flight. External FOD may include airborne debris such as a sand storm or volcanic ash from an eruption or even hail or ice ingestion. Be aware of FAA NOTAMs in the area of your flight plan. Also be careful when taxiing behind large aircraft as their jet blast and general size can kick up quite a bit of debris.

Duncan Aviation's technicians found this red Auxiliary Gear Handle (which belongs to the aircraft) sitting on top of the flight control pulleys.

That screwdriver that mysteriously went missing from the toolbox, a scrap of wire or a pack of Lifesavers might not look threatening. But as any A&P Technician will tell you, anything that’s somewhere it doesn’t belong sets the stage for a potentially dangerous situation. Such objects are known as FOD, and Duncan Aviation’s technicians are finding more of them more frequently.

It’s common knowledge that any foreign object in, on or around an aircraft can have tragic results. Yet Duncan Aviation’s Airframe Technicians have discovered many of these objects during recent inspections across all makes and models of aircraft. Everything from small bits of trash to misplaced pieces of on-board equipment have been found trapped under floorboards and lying on top of wire bundles.

The definitions of FOD can be as varied as the objects that can cause it: Foreign Object Damage, Foreign Object Debris, etc. One thing all aviation experts agree on is that if FOD is in your aircraft or if it affects the external areas of your aircraft it can lead to an extremely serious situation. FOD comes in many forms–typically debris from other aircraft. It can be nothing more than a small rivet or any other type of object on the ramp or runway.

Tire punctures are common with runway FOD. Hopefully this type of debris is caught during pre-flight inspections and the result is only an inexpensive tire replacement and not a blowout during takeoff.

Consider the case of runway FOD affecting a French Concorde flight several years ago. The aircraft was brought down by a piece of titanium that came from a thrust reverser of a DC-10 which had taken off ahead of the Concorde. This caused a tire on the Concorde to shred and puncture a fuel tank upon takeoff, leading to a catastrophic failure.

External FOD can come from any object flying or floating in the air, such as "bird strikes." Bird strikes are common around bird fly-way areas along rivers or lakes. A B-1 bomber once flew into a flock of geese moments after it lifted from the ground. Many geese struck the leading edge of the wings. Unfortunately, the primary, secondary and backup hydraulic system lines were all positioned within inches of each other in that section of the wing. The bird strikes dented the aircraft skin, which in turn dented the hydraulic lines and caused a loss of pressure in all three systems. The aircraft became uncontrollable and crashed. Other external examples of FOD can be blowing sand, dust or volcanic ash and wildlife on or near runways.

Internal FOD can result from work crews leaving an object trapped behind a panel or floorboard somewhere on the aircraft. It can even be a part of the airplane that was moved and not returned to its proper place.

During inspections, Duncan Aviation technicians have discovered items ranging from tie-raps, avionic control buttons, pencils and even an auxiliary gear handle that was lying on top of the flight control pulleys under the co-pilot floor. Any FOD trapped under floorboards can be a potential hazard to the safe operation of an aircraft. Sharp objects found lying on wire bundles, hydraulic lines, pitot / static lines, etc., are especially dangerous and can have a chafing potential which can again lead to a catastrophic failure.

Consider this fictional nightmare scenario: After a maintenance event, an auxiliary gear handle is left under the pilot’s floor lying on top of the flight control pulleys. The crew has done a thorough preflight, but does not have X-ray vision and has no idea what’s below them. They start down the runway for the flight home and just as the PNF (pilot not flying) calls V1 (the decision speed to abort the takeoff or fly) one engine quits, so the PF (pilot flying) immediately adds rudder for directional control. The auxiliary gear handle slips from its resting place due to the abnormal side loads and wedges into the rudder cables. The rudder is designed to travel a set number of degrees to give a pilot the required directional control at the speed above V1. Since the handle is now restricting the designed amount of deflection, the pilot’s only option is to reduce power on the good engine to match what rudder is available and PRAY that is enough.

Depending on the type of FOD, a loss of any system aboard an airplane is possible. This can lead to a life-threatening scenario during takeoff, flight and landing. Normally these types of FOD issues don’t arise because of the professional training and maintenance ethics of A&Ps. Vigilance to the task at hand can eliminate many forms of FOD.

When it comes to FOD, carelessness should never be tolerated and strict procedures must be followed. Duncan Aviation is extremely serious about FOD and has an inspection system in place that is strictly adhered to in order to ensure that all foreign objects, regardless of area of origination, are secured prior to panel / floor close up. At Duncan Aviation a task on or around an aircraft is not completed until FOD is eliminated. Make sure to review the FOD procedures at any maintenance facility you might choose and make sure they take FOD as seriously as they should.

«Previous: AOG Problems Solved Fast
»Next: The Glass Box Project: Back in Black