The Man With a Vision: Don Fiedler & Our Avionics Satellite Network

Since 1966, Don Fiedler, current manager of new business development for components, has made his work at Duncan Aviation a labor of love. “I’m part of something special. The Duncan Aviation way epitomizes excellence in the aviation industry. Duncan Aviation does everything right: we treat customers and employees with great respect and a culture and friendly environment that bring out the very best in people,” says Don.

As the 17th employee hired by family owned Duncan Aviation, Don installed avionics equipment in Bonanza, King Air and Baron aircraft. And he managed the avionics shop until 1984, when then Chairman J. Robert Duncan harnessed Don’s energy and vision to establish a series of external avionics shops.

Don looked for business partners who shared Duncan Aviation’s ideals of exemplary service and integrity. In 1985 and 1986, Don and Gary Harpster (a new avionics hire at that time) set up four shops, including Houston, Texas, and White Plains, New York. Those seedling shops grew into the current network of 25 avionics repair shops and additional fixed locations that Duncan Aviation operates at the busiest corporate airports around the country.

Robert credits Don for the success of the program. “It was my concept, but Don ran with it,” he says.

The shops give Duncan Aviation’s customers access to skilled and experienced avionics technicians without necessitating travel to one of the main facilities in Battle Creek, Michigan; Lincoln, Nebraska; or Provo, Utah.

Gary praises Don’s understanding of human nature. It’s rare to find people who are technically adept and great communicators, so Don envisioned two-person shops with complementary positions. As a result, Don and Gary set up each shop with an avionics expert and a manager who could relate well to customers.

“We found some great people who bought into the satellite mission. Many of them had owned their own businesses and were used to getting things done,” says Gary.

One of those people was Michael Roche. Michael, who now lives and works in Alaska, remembers feeling like he was a part of something special.

“Don was the backbone of the satellite shops; he really made it work. He listened and got things done. We spent a month in Lincoln brainstorming about how to set up the processes, wondering how to make the shops efficient and also look like Duncan Aviation shops for those customers who were already familiar with Duncan Aviation,” says Michael.

Michael also says that everyone bought into Don’s vision and stayed with the satellite shops for years.

“The continuity of the technical abilities has a lot to do with the success of the satellites,” says Michael. “There are no gaps in service. Don’s goal was for our customers to go from Texas to New York to California and get the same level of service no matter where they were. That’s what Don strived for, and that’s what he got.” 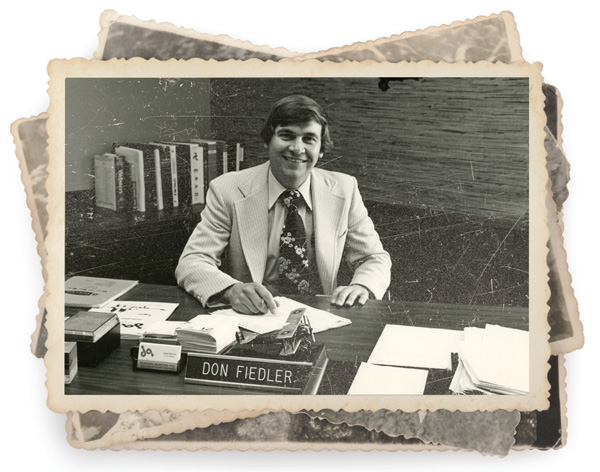