We are Where You Are, Providing Exactly What You Need

This expertise and experience is exemplified by our Avionics Satellite locations. Located within 200nm of 90 percent of the 50 busiest general aviation airports in the United States, Duncan Aviation is where you are and where you need us. 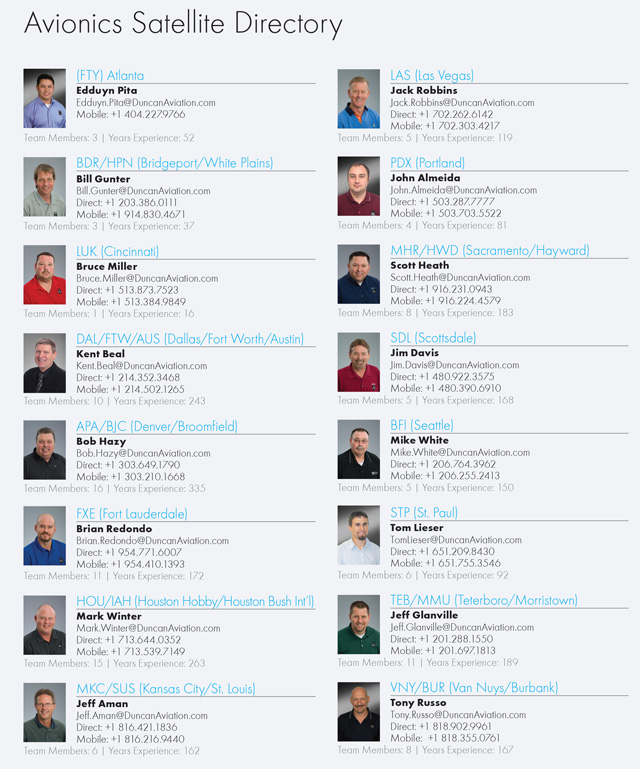 «Previous: Dates You Need to Know