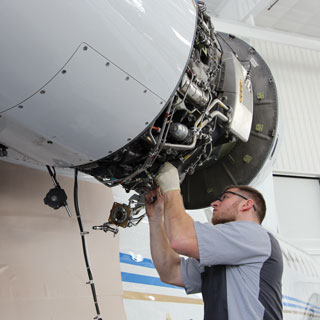 In January, we videoed three Honeywell TFE731-60 engines as they underwent their initial 3,000 hour MPIs (Major Periodic Inspections) at our Lincoln, Nebraska, facility. Once the inspections were completed, the engines were re-installed on the aircraft and post-MPI performance runs and fan balances were performed.  The customer’s aircraft departed with better engine performance than it had when it arrived.

Watch this time-lapse video and follow along as the engines make their way through the Duncan Aviation turbine engine shop for this triple MPI event.

With decades of honed turbine engine skills, there are few surprises at Duncan Aviation when it comes to MPIs. We have performed an average of 192 MPIs a year for the last 15 years. Experience has told us which parts should be ordered in advance, what components need a closer look, and how to put together a team of trained turbine engine technicians ready to get to work for every customer. 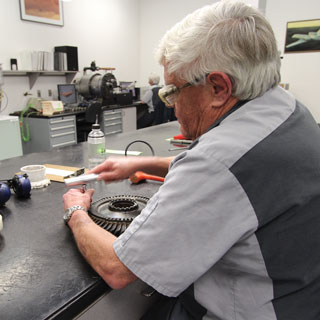 Duncan Aviation began servicing the first generation TFE731-2 engines in the early 1970s. On a weekly basis, a road crew with the necessary tooling and equipment was dispatched to any location whenever the calls came in. They were sent to Iceland as well as the hangar down the ramp. This Duncan Aviation team was the original AOG engine road crew long before such crews became popular.

In 1981, we received two major level authorizations to work on the Honeywell (then AiResearch) TPE331 and TFE731 engines. Over the years, as Honeywell added different TFE731 model engines, each was added to our capabilities. The latest extension to our engine service authorizations came in 2015 when we gained Honeywell HTF 7000 (AS907) Series Minor Maintenance capabilities.

After these engines were re-installed on their Falcon 900EX, which delivered on-time from its major C-inspection, the aircraft’s first scheduled flight back in rotation was a trip to Europe.

This is significant because, according to Jeff Schwebke, Duncan Aviation Engine Project Manager, most operators fly locally around their home base after MPIs are performed to make sure there are no minor squawks to work through. “This simple action by a long-time Duncan Aviation customer says more about their trust in our work than glowing words of praise,” he says.

Here’s to another 35 years of dedicated Honeywell service! 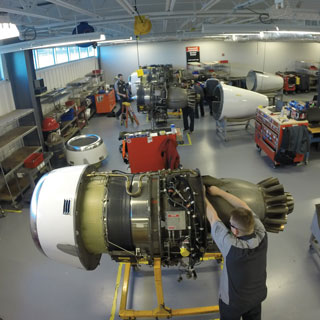 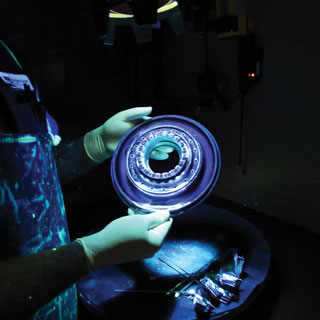