Ed Hillman has spent his career in aviation either maintaining or managing the maintenance of various aircraft. Currently the Director of Maintenance for two Citations, Ed was recently at Duncan Aviation’s Battle Creek, Michigan, facility with his company’s Citation 560XL while it was in for scheduled maintenance.

The owner, Ed’s boss, sees the Citation as a tool that’s integral to the success of their business, and as such, he wants it available when the company needs to fly in clients from all over the United States. Downtime costs the company money, and no one is happy about that, least of all Ed.

“If we’re AOG, I hear about it,” says Ed. “Because the aircraft usually flies 400 hours each year, there aren’t many days it’s not needed for flying. And we work hard to keep it that way.”

The need to keep that 560XL airborne is precisely why Ed opted to lock in time now for the first quarter of 2017 when Duncan Aviation’s Battle Creek facility will complete the ADS-B Out upgrade on the Citation. That way the aircraft will be compliant well before the Jan. 1, 2020, deadline.

“That deadline is coming fast, and we can’t afford to have our aircraft AOG,” says Ed. “It seems that everyone in the industry has been putting off getting these upgrades. So, in our opinion, there’ll be a rush of operators trying to get their aircraft in compliance at the last minute, and there won’t be hangar space available or enough qualified technicians to do the work.”

During the three and a half weeks Ed spent in Battle Creek, engine techs removed the loaner engines from his 560XL, reinstalled the overhauled engines, and performed a Phase 5 maintenance inspection. While it was already down, Ed opted to lay the groundwork for the full ADS-B Out upgrade in the first quarter of 2017.

When Ed asked about the downtime for the ADS-B install, the Avionics Sales Reps in Battle Creek encouraged him to get the initial upgrades—Dual WAAS (Wide Area Augmentation System) LPV (Localizer Performance with Vertical guidance) and new FMSes (Flight Management Systems)—while the Citation was there for its scheduled maintenance.

Based on the 560XL’s current cockpit configuration, it would need upgrades to the dual WAAS and LPV prior to installing the ADS-B Out equipment. The two upgrades typically take 10-12 days, which was well within the three-and-a-half-week timeframe for the workscope.

While the cockpit was already opened for the scheduled maintenance, avionics installation techs upgraded the FMSes to be WAAS-capable, which also entailed updating the GPS antennas for accurate position data for all phases of flight.

Additionally, the analog screens on the RMU-850 were faulty and needed to be replaced; however, due to equipment obsolescence, there are no replacements available. Because Ed’s aircraft is on ProParts, the upgrade from the RMU-850 to RMU-855s was covered by the parts program.

Ed’s Citation is on the ProParts program, and the RMU had been deemed defective by the OEM. The program saved Ed and his company a significant amount of money. To put it in perspective, the savings is comparable to the entire installation cost for ADS-B Out.

Ed has been bringing his company’s aircraft to Duncan Aviation since 1998. Back then, Ed worked with Doug Kvassay, Sales Representative for Duncan Aviation’s Aircraft Sales in Lincoln, Nebraska, to buy a Citation II.

“We take our aircraft to Duncan Aviation because the company has the expertise to get the job done,” says Ed. “We’re not willing to gamble with our aircraft, either. We also manage a 550, and we’ve schedule time for that aircraft’s ADS-B upgrades, as well. Why wait until there’s no space available?”

“That deadline is coming fast, and we can’t afford to have our aircraft AOG!”- Ed Hillman

STCs By The Numbers 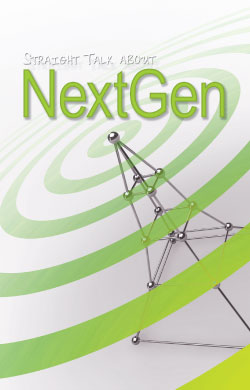 Duncan Aviation holds an ODA (Organization Designation Authorization) from the FAA for developing STCs, MRA (Major Repairs and Alterations), and PMA (Parts Manufacturer Approval). As a result of this delegated authority, we’re able to decrease the downtime waiting for approvals and diminish the costs associated with outsourcing the development of some STCs.

In May, Duncan Aviation updated its NextGen Straight Talk book. Written by a team of avionics experts, the book clarifies the FAA’s avionics upgrades known collectively as the NextGen initiatives. To find out what you need to know to make sure your aircraft is in compliance with the FAA’s NextGen mandates, go to www.DuncanAviation.aero/straighttalk/nextgen.