In a Word: Transformative! 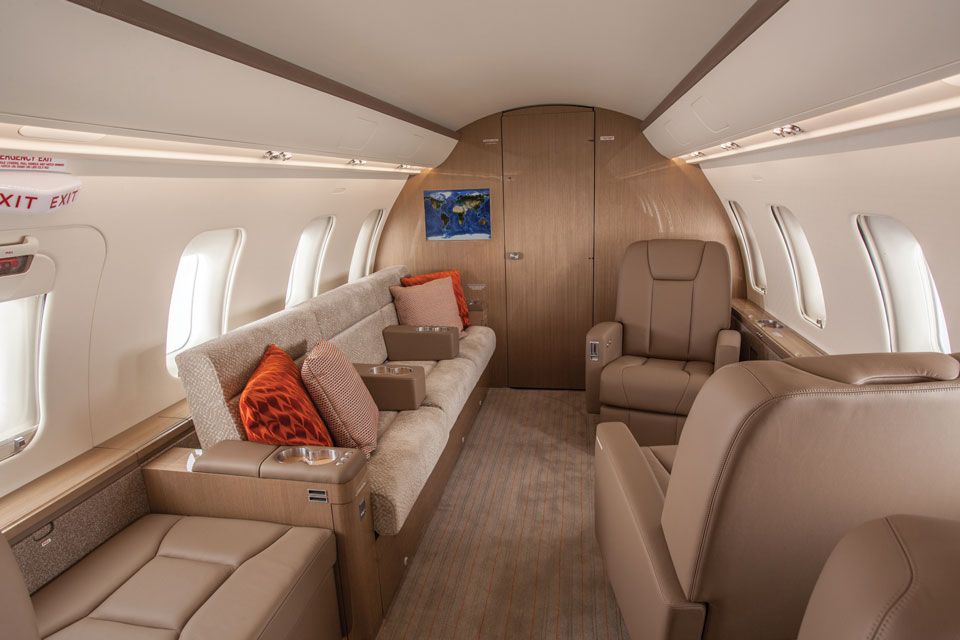 Scott Fitzgerald, the owner’s representative, called Completions and Modifications Sales Rep Adam Bruce, and they had a month of conversations that resulted in a quote for a new paint job and partial interior refurbishment.

"I reached out to Duncan Aviation initially for a quote on paint and interior based on their reputation as one of the top paint shops in the industry," says Scott. 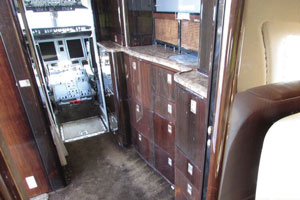 With preliminary quotes in hand, Duncan Aviation Multimedia Illustrator Ken Reita and Adam flew to Miami, Florida, for a personal visit to show the customer design options. After seeing the designs, the customer opted for an interior makeover.

"Once we decided to completely renovate the interior, it was helpful to have Duncan Aviation’s team fly to Miami with suitcases of materials to choose from. The result of this early collaboration is a truly unique, custom airplane," says Scott. 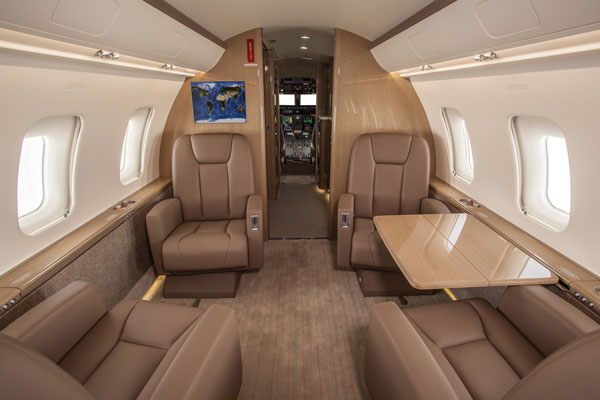 The customer arrived several weeks before the aircraft’s test flight. He wanted to have a look at the paint, which was in its final stages.

"As he and his assistant walked around the plane, their excitement grew," says Adam. "They hadn’t seen the aircraft in person, yet, and he was dying to see the new interior."

The plating throughout the interior is all chrome now, and there are orange accents in the custom carpet. Adam says the new, hand-finished wood is probably the most impressive change.

"As the picture demonstrates, the former wood was dark and pretty beat up, and we replaced it with a light beige wood with graphite striations through it," says Adam. "With its high gloss, you can see gold and silver mineral deposits in the wood. It’s just beautiful how the flecks shine when the light hits the brilliant finish."

The seats are fresh and attractive with their new, single-toned leather. Replacing the dingy leather on the divan is a new plush, light-colored fabric that has softened the interior. Orange pillows add a splash of accent color and help draw out the subtle orange threads in the carpet.

"The owner didn’t shy away from contemporary styling—colors, textures, and materials," says Adam. "He had a unique color palette and knew exactly what he wanted. Although he selected textures and hues that are somewhat unconventional for a business jet, it’s not a radical design."

Another unique feature the owner selected was quartz countertops in place of the usual Corian. Featuring the same low-maintenance and durability of Corian, the quartz (light beige with high-res metal flakes) countertop has the beauty and shine of polished granite but is scratch and stain resistant. 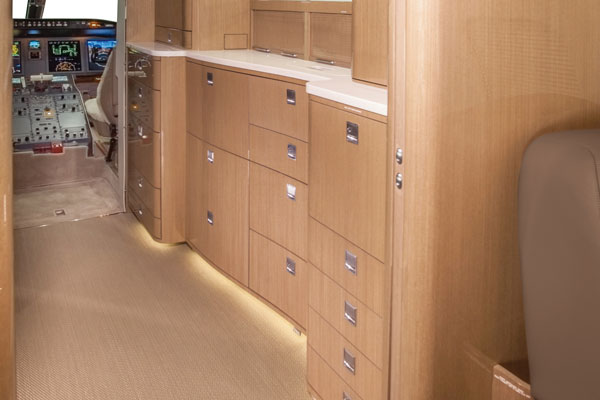 Another concern the owner had was the noise level in the cabin. He says he can’t talk comfortably in his other aircraft, and he wanted to ensure he would be able to in the Challenger. To accomplish that, Adam contacted Tanya Morris from Skandia, Inc. Tanya went on two test flights, and she recommended new sound-dampening insulation.

"We augmented the sound-proofing package and dropped the noise level 3 decibels," says Adam. "Tanya performed sound tests in the lav, cabin, and entrance, and she prepared a report for the owner, showing the lower sound levels."

Although Duncan Aviation team members take pleasure in all of our varied projects, because of the level of customization here, everyone–from the sales team to the designers, and the Interior and Fabrications teams to the Paint Shop–truly enjoyed working on this unique aircraft refurbishment.

"The Duncan Aviation team was a pleasure to work with from start to finish," says Scott. "They were very accommodating and willing to adapt to our changes throughout the term of the project." 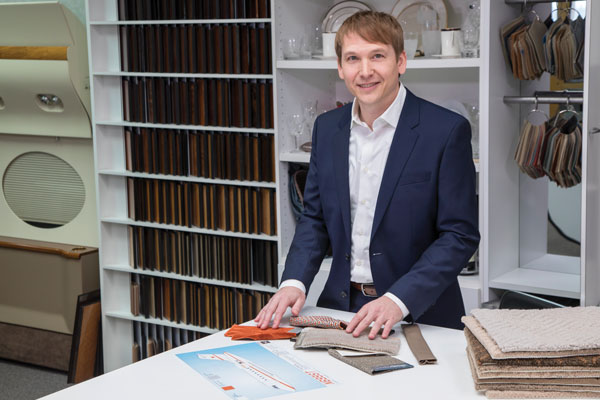 Ken considered the customer’s location, where bright hues are prevalent, when pulling together a color palette for the project.

"Miami is a city of great light, colors, and energy. As a designer in the world of corporate aviation where neutrals are the norm, it’s always an exciting opportunity to bring in a splash of color," says Ken. "As we visited the client’s office with its bright orange Terrazzo flooring and brushed chrome accents, it had us imagining the possibilities! And as we found out later, the client was right on board."

«Previous: myDuncan is a Vital Communication Tool
»Next: Innovation Necessities