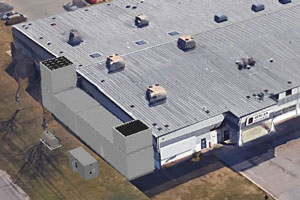 Duncan Aviation has chosen Atec, Inc., as its contractor for construction of an engine test cell and control room at its Lincoln facility. Construction will be completed by the end of 2017.

The facility will be an Atec, Inc., Phoenix™ Series Modular Turbofan Engine Test Cell (20,000 lb. Thrust Class) with a modular control cabin with Atec’s ADAQ™ Data Acquisition and Control System, which is a scalable data system that can be customized and provides intermediate-level, depot-level, production-level, and development-level engine testing capability. The facility also has an overhead thrust stand system, packaged fuel system storage and is environmentally friendly. It is a truly relocatable test cell system should future business needs dictate that Duncan Aviation change the location of the test cell.